Difference between revisions of "Redeemer"

The Redeemer is a super weapon that has been around since Unreal Tournament. The gun causes a massive nuclear explosion that obliterates anything within its damage radius. Distance from said explosion is strongly advised.

Primary Fire
Fires a huge yet slow moving missile that, upon striking a solid surface, will explode and send out a gigantic shock wave, instantly pulverizing anyone and anything within its colossal radius, including yourself.

Secondary Fire
Take control of the missile and fly it anywhere. You can press the primary fire button to explode the missile early.

Techniques
Remember that while this rocket is being piloted you are a sitting duck. If an opponent manages to hit your incoming Redeemer missile while it's in the air, the missile will explode harmlessly. To avoid this, it's a good idea to make unexpected twists and turns to make it harder for your opponents to shoot it down.

Primary Fire
Launches the Redeemer in a straight line, unguided.
Secondary fire
Allows you to take control of the Redeemer missile and guide it to it's destination. Unfortunately, you are unable to control your character or see anything around your character from this view so make sure you hide well.
Game Description

The first time you witness this miniature nuclear device in action, you'll agree it is the most powerful weapon in the Tournament. Launch a slowmoving but utterly devastating missile with the primary fire; but make sure you're out of the Redeemer's impressive blast radius before it impacts. The secondary fire allows you to guide the nuke yourself with a rocket's-eye view. Keep in mind, however, that you are vulnerable to attack when steering the Redeemer's projectile. Due to the extreme bulkiness of its ammo, the Redeemer is exhausted after a single shot. 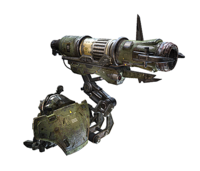 'Even your least effective soldiers will earn a respectable bodycount with this tactical nuclear device.' So said the original brochure for the Redeemer, still unchallenged in its role as the most powerful man-portable weapon system known through the galaxy. The slow-moving but utterly devastating missile, affectionately known as "Lola" by veteran soldiers, now uses an Enhanced Radiation payload. This ensures maximum tissue failure without undue property damage, perfect for modern assault-and-capture tactics. The Redeemer's alternate mode fires the missile using the disposable fly-by-wire guidance system, though the manual recommends using this mode only in areas of relative safety. 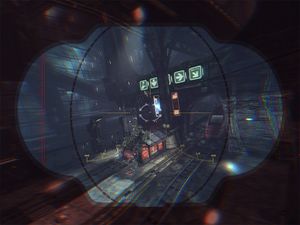 Primary Fire
The missile is fired straight and goes until it hits something or is shot out of the sky.
Secondary Fire
Allows you to guide the redeemer missile.

The Redeemer is not in Unreal II. Instead, the Singularity Cannon was the game's only super weapon, and in the single player game is obtained near the very end of the game. In the hidden botmatch mode, when picked up it will only hold 1 round instead of 667 rounds to balance the weapon's awesome power.

In Unreal Tournament, the writing on the redeemer warhead says "Adios" (Spanish for "Goodbye"), where as in UT2003/4, it says "Swallow This!".