For the vehicle, see Manta.

The Manta is a green, flying enemy in Unreal and Return to Na Pali.

The Manta strongly resembles the Earth Manta ray in shape, but seems to be reptilian. It attacks its enemies by swooping in from the air, moving around them, and hitting them with their tail. After this it will get some distance before attacking again.

Cave Manta are a different race of Manta with a white-colored skin. The Cave Manta is weaker than the regular Manta, but often attacks in schools to make up for its weakness.

The Giant Manta only appears in Return to Na Pali. It is similar to a regular Manta, but is much bigger, stronger and faster. 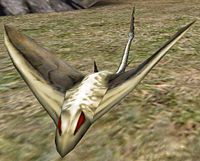 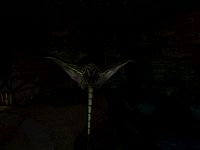