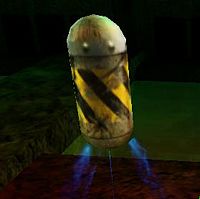 The Dispersion Pistol can be upgraded four times, each by picking up the weapon power-up. After the fourth upgrade, any power-up does not upgrade the pistol but fully replenishes its ammo.

In Return to Na Pali: